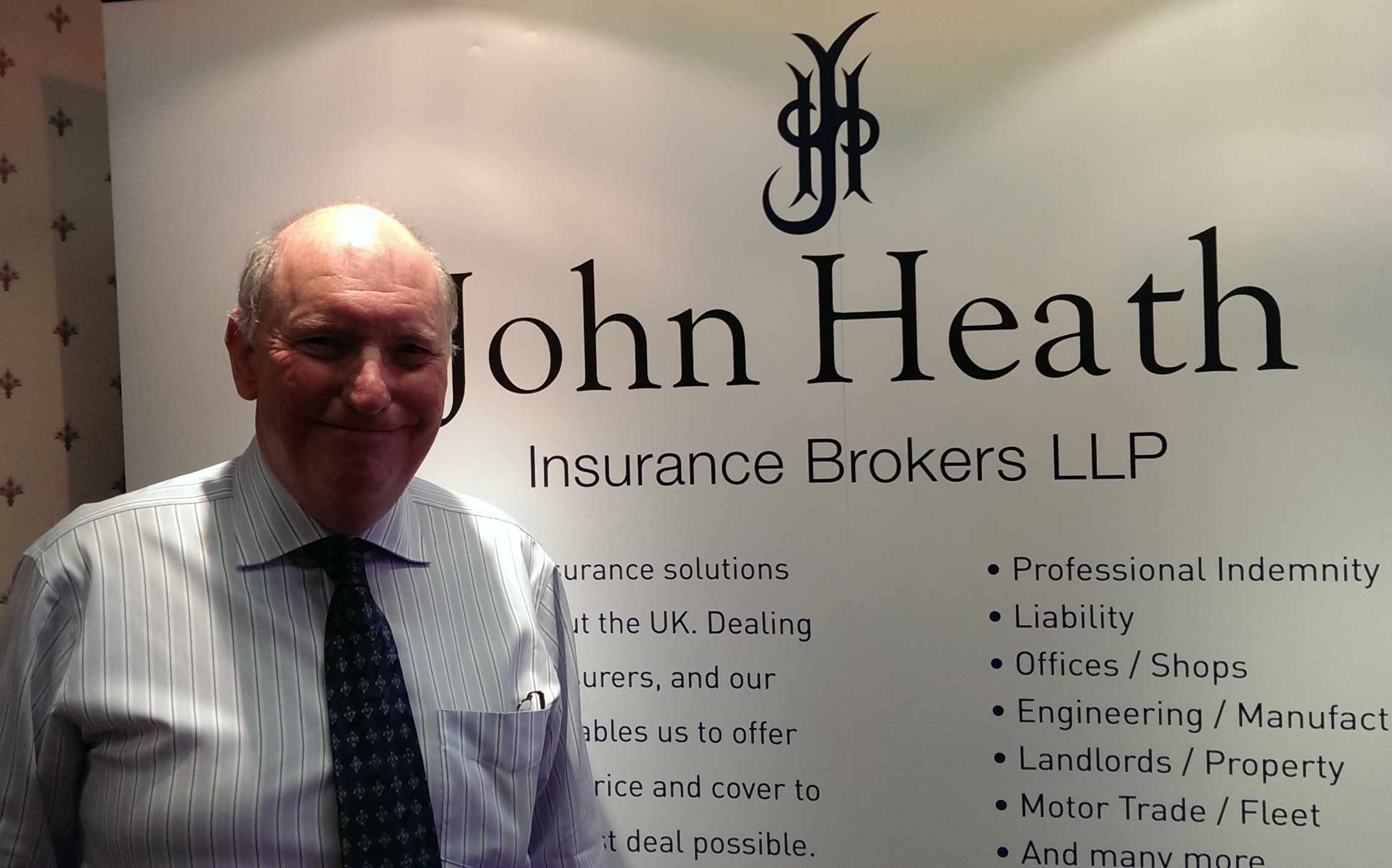 On Thursday, 28th November 2013, Bill Jamieson – our extremely experienced and loyal colleague – will retire at the age of 70. His insurance career spans 52 years working for both Insurance Companies and Insurance Intermediaries alike. In his own words, here is a brief outline of an amazing career…

In 1961 I applied to General Accident for the role of Trainee and General Assistant at their Warrington sub-office. My application was successful, but subsequently informed that I was the only applicant – a real confidence booster! I worked at the sub-office and also at the Liverpool branch office. This was the era of hand written memos, dictation of correspondence to short-hand typists, typewriters and hand written accounts statements!

In 1965 I left the General Accident to join the Broking fraternity, working firstly in Warrington and then for a short period, in 1968, in Manchester. This was a period of wrestling with a plethora of rating guides, becoming aware of the advantages and shortcomings of the various Insurers, and realising that the General Accident was a good office.

In 1968 I re-joined the General Accident at the Shrewsbury branch, working at the Caernarfon sub-office as a General Assistant and subsequently as an Inspector.

In 1972 I transferred to the Crewe sub-office under the Chester branch, as the Local Manager. It was here that I witnessed a degree of automation creeping in! This included the use of Dictaphones (no longer dictating to a typist!) and some flexibility in the work method, dictation could be done outside normal working hours. Here I was responsible for the staff management of the office, business development, surveying of risks, settlement of claims and collection of the monthly accounts. It was also here that I met John Heath following the creation of Heath & Shepherd Insurance Intermediaries, the forerunner to John Heath Insurance Consultants.

Following the closure of the Crewe sub-office in 1984 I worked from the Chester branch until 1985 when I was transferred to the Stoke branch. Subsequently I became the Development Manager for the South Cheshire area in 1994. Here, computers arrived on the desks! Along with this came the computerisation of the business process and a HOST system (an inter-office method of email within General Accident). We still had paper files but they were stored in remote document centres and recalled as required. Typists became an extinct species, with all staff undertaking their own letter writing! During my time here there were various takeovers and mergers reducing the number of Insurance Companies in the market.

In 1999, following the merger with Commercial Union, forming CGU, I was appointed Business Account Manager for the South Cheshire area for new business. This brought with it the return of paper files as Commercial Union were not computerised. CGU was the last remaining major Insurer with an office in the Potteries.

In 2000 CGU merged with Norwich Union and at the end of the year my career with General Accident and subsequently CGU came to a close.

In March 2001 I joined John Heath Insurance Consultants where computerisation stepped up a further gear or two! As soon as I got to grips with the Policymaster system we switched to a new system! Later the same year we became a paperless office and filing cabinets were banished altogether. Email became the preferred method of communication and we made greater use of the internet, until eventually launching our own quote & buy facility online.

During the 52 years of my working life I have moved from dictation and hand written monthly accounts to email correspondence, internet banking, BACS transfers and internet sales via our own website!

The wealth of knowledge and expertise that Bill has gained over the years is second to none. He has gained immense respect within the industry and made many friends along the way. He will be greatly missed by all his colleagues here at John Heath Insurance, but we feel after such a long career he now deserves a break!

We wish Bill all the very best for a long and happy retirement.