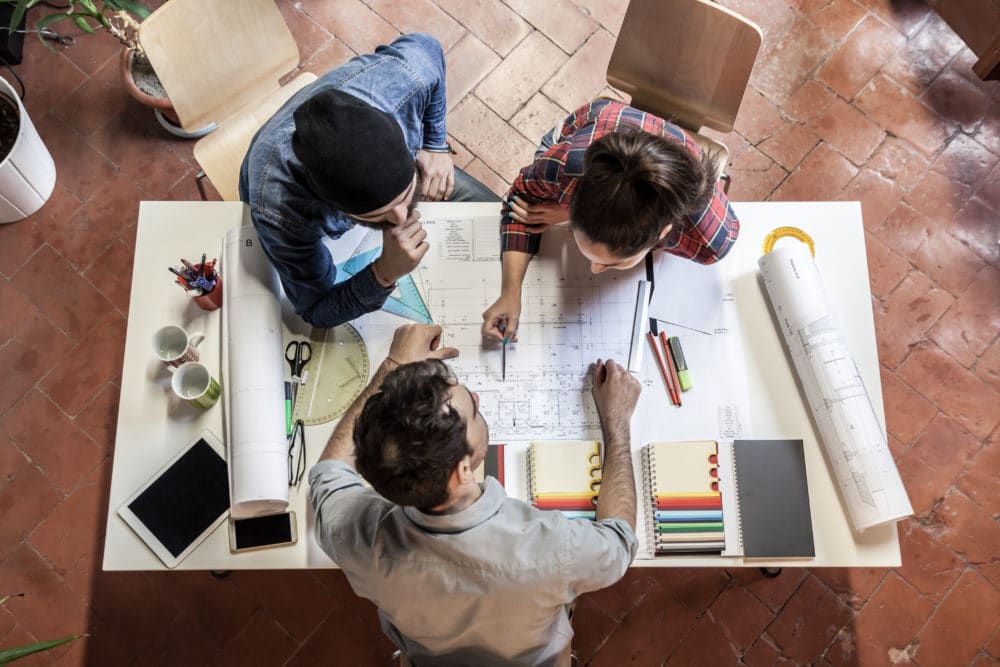 We discuss why Architects should always prepare a written design brief for their projects and what can happen if this is overlooked.

A recent Technology and Construction Court decision has highlighted the risk for architects (and their professional indemnity insurers) of failing to agree a design brief with their client in writing.

The design brief should set out the client’s requirements and should record any changes or developments of that brief as the project progresses. A failure to do so can lead to misunderstandings between the client and architect, and ultimately, claims against the architects.

The claimant homeowners hired the architect to design the conversion of a pool house into a function room and to build a cinema at their property. The key dispute between the parties was whether or not the architect designed the cinema without telling the claimants and arranged for its construction to a design that the claimants had not approved.

The Technology and Construction Court found in favour of the claimants; with Mr Martin Bowdery QC, sitting as a Deputy High Court Judge, stating:

“the brief (for the cinema) was not only not properly prepared and documented or agreed orally or in writing and…the features of the brief, which the Claims so dislike, were not, in fact, approved by them”.

Upon the first meeting between the claimants and the architect, the claimants explained that they wished to convert the swimming pool in the pool house into a basement room containing a cinema and the create a function room at ground level.

After discussions with a structural engineer, it was agreed that this would be too structurally complex, and the basement cinema should be housed in a new basement under the existing kitchen/garage area.

The initial brief for the design of the cinema was to comprise a glass box supported by four legs within the new basement. The claimants described the design as a ‘sleek modern look’. The initial brief was not, however, recorded anywhere in writing. Nor were the meetings, in which the brief was discussed, minuted by the architect.

At some point during the design development, the architect modified the design of the cinema so that the number of columns supporting the cinema increased from four to six.

The effect of that design change was that the ‘sleek modern look’ was lost and was replaced with what Mr Bowdery QC accept was a ‘wonky industrial look’.

The architect was unable to provide any convincing evidence that they had informed the claimants about the design change or sought their consent to that change before arranging its construction.

The court decided that the architect had redesigned the cinema without telling the claimants and arranged for the construction of a cinema box which they had not approved and which was significantly and critically different from the sleek modern look that they were expecting.

Mr Bowdery QC stated that a reasonably competent architect should ensure that the initial brief is recorded in writing and, where a project involves a novel design, the brief should be expressed not just in words but also in drawings and / or a mock-up or a 3-D drawing.

As regards changes to the initial brief, Mr Bowdery QC held that such changes should be recorded in writing and communicated to the client. The court did not award the costs of rectification, which is the ordinary measure of damage when an architect has acted negligently. However, the claimants were awarded the costs of demolishing the cinema and replacing it with a function room as they had originally intended. Mr Bowdery QC stated:

“The cinema as-built is so different in kind to what was anticipated and, given my findings that none of this ‘design development’ was even discussed with or agreed by the Claimants, I consider that they are fully entitled to demolish the cinema”.

Mr Bowdery QC’s decision is likely to have been influenced by the fact that the Claimants preference was to demolish the cinema and replace it with a function room, which was considered likely to cost less than the rectification cost.

Under Standard 8 Of the Architects Code of Conduct, all architects should hold adequate insurance that covers you, your practice and your employees. You should ensure that your architects professional indemnity insurance is adequate to meet a claim, whenever it is made.

Professional indemnity insurance is a vital consideration for architects, as for all businesses that give advice or deliver professional services to other businesses and partner organisations.

It can help to cover legal fees and any compensation payments that might arise, where the compensation takes into account the financial loss that the client believes they have incurred.

This case emphasises the need for this type of insurance and for a detailed design brief to be agreed. The claimant’s expert architect acknowledged, whilst agreement in writing might not seem vital at the time agreement is reached, problems begin to arise once the project is progressing and memories of what was agreed may fade.

If you have any questions in regards to the type of professional indemnity insurance that we can provide architects, please contact a member of our team.