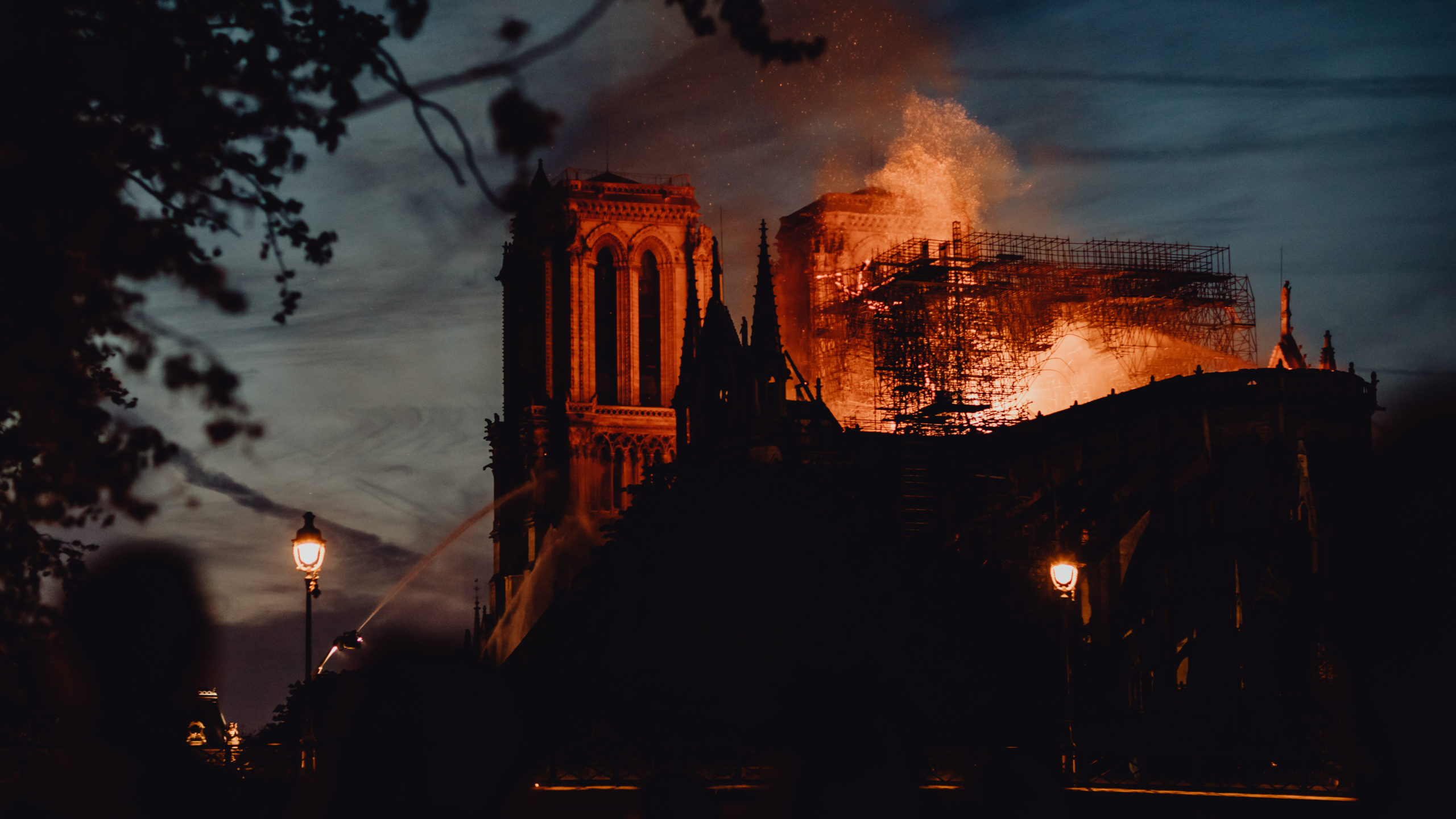 Over the last week, the news has been full of people discussing the devastating fire that started on Monday 15th April in Notre-Dame Paris, France.

Notre Dame Cathedral was consumed by a fire last week which claimed the famed cathedral’s roof and spine. France is in mourning following the incident and affected French citizens and companies have come forward to offer their hand in repairs. The 12th – century building is one of the most enduring images of Paris and the site of a number of France’s most important historical events.

The cathedral is owned by the secular French government but operated by the Catholic church. The French government is liable for the repairs who have announced they will be carried out over the next five years. A lot of the building is likely uninsured however, given the contents and original completion date of the cathedral.

Notre Dame was officially finished in 1345AD, and over the years a number of alterations have been made. The iconic rose windows were inlaid into the building’s facade from 1225 to 1260AD. The spire which burned in the fire was added relatively recently, after the 19th-century renovations. The combination of different periods makes the cathedral almost uninsurable, as rebuilding the burnt-out sections to the same standards is nearly impossible.

How Much Has Been Raised For the Notre Dame Rebuild?

French multinational companies and billionaires are among donors, including L’Oreal, which donated £172 million (€200 million) and Multi-billionaire Francios-Henri Pinault who donated £87 billion (€100 million). Disney – makers of the animated Hunchback of Notre Dame film – has donated £3.8 million ($5 million) to the cathedral. Furthermore, an international competition has been launched by the Prime Minister of France, Edouard Philippe to rebuild and construct the 93-meter spire that collapsed during the fire.

Do You Have Your Property Insured Correctly?

This is where your insurance company steps in. If you have the correct type of cover, then it is the insurance industry who support you to get you back to your original position. It is therefore of critical importance that you arrange the correct amount of cover to ensure that you do not leave yourself underinsured. Many property owners widely hold the belief that the market value of their property is the amount that they should insure their property for, however this is not the case.

Our latest blog post in regards to Rebuild Costs will advise you on the best way to ensure that you obtain the most accurate cover that you require.