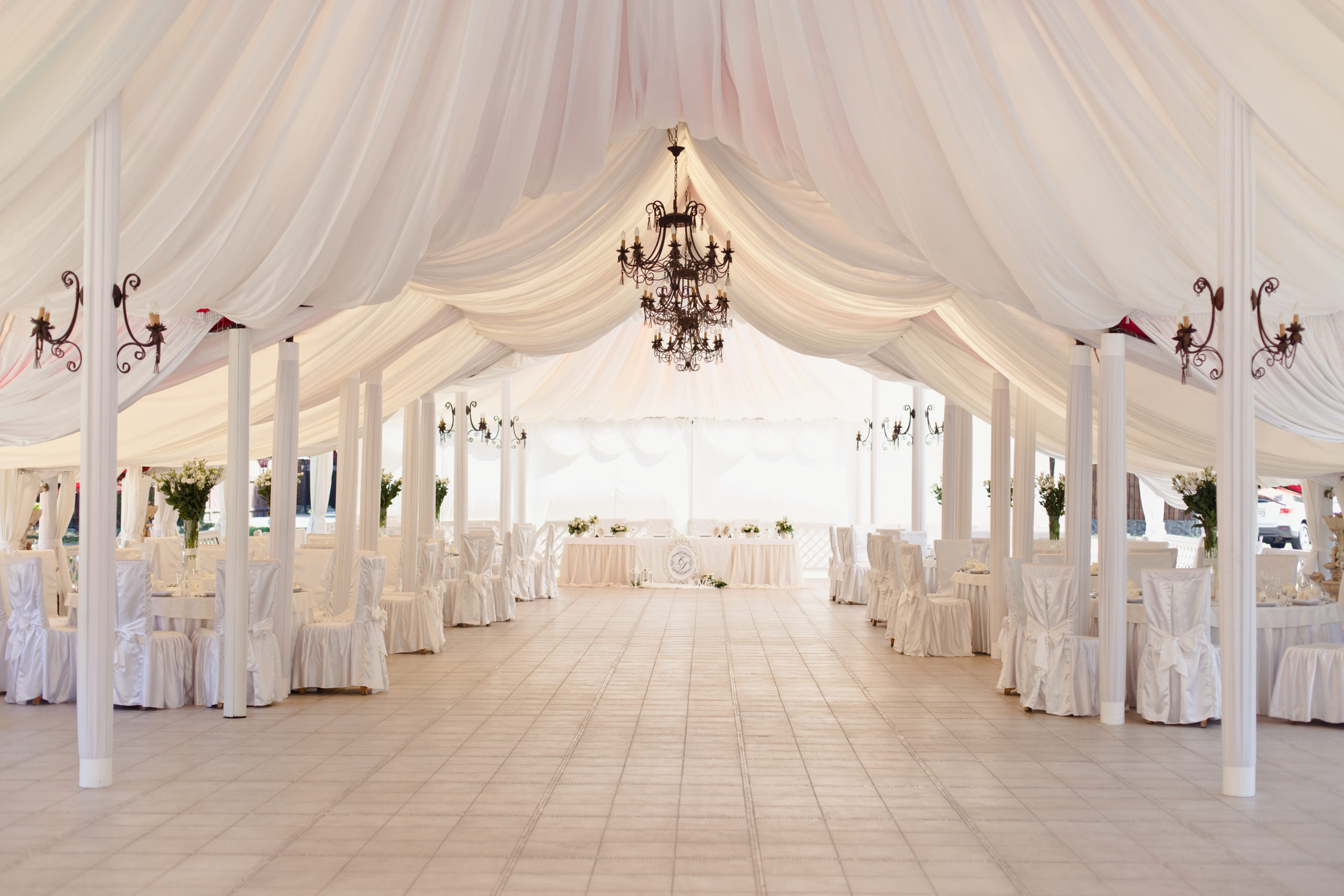 A company based in Surrey has been prosecuted by the Health and Safety Executive (HSE) after one of its marquee floors collapsed during a wedding, sending as many as 150 wedding guests falling to the floor.

Block Scaffolding Limited was eventually fined £8,000 and ordered to pay more than £7,000 in court costs over the incident, which occurred in September 2010. It is not known whether the firm had professional indemnity insurance in place to cover such costs or not.

The bridal couple plus 150 of their guests has just sat down to the wedding breakfast on the marquee when the floor collapsed, resulting in everyone – plus tables, chairs, glassware and cutlery- dropping to the ground. In a more hazardous occurrence, scaffold poles fell into the marquee and narrowly avoided hitting guests.

It may not be the most romantic of prospects, but bridal couples are advised to get event insurance ahead of their big day for incidents such as this. If a guest had been injured either in the fall or as a result of being hit by a scaffold pole, they would have been within their rights to file a compensation claim.