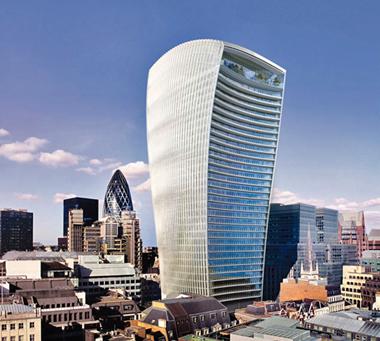 The new ‘Walkie Talkie’ skyscraper, located on London’s Fenchurch Street, reflected a 70 degree beam of light onto cars below.

Light beamed off the new flagship skyscraper, which is due to house some of the City’s top insurance firms shortly, and melted parts on a parked Jaguar below. The wing mirror and badge melted in the heat.

Land Securities and Canary Wharf, the developers, have agreed to meet the repair costs and are investigating the incident.

With the obvious potential for further injury and damage, three parking bays have been suspended whilst the investigation continues.

Clearly there is an issue with the building leading to the reflection of light under certain circumstances. This could be a potential claim under a professional indemnity insurance policy (possibly the Architects and/or any other design firm that may have been involved) if it was felt that the design of the building was negligent.

It’s early days but the potential for a costly claim certainly exists.